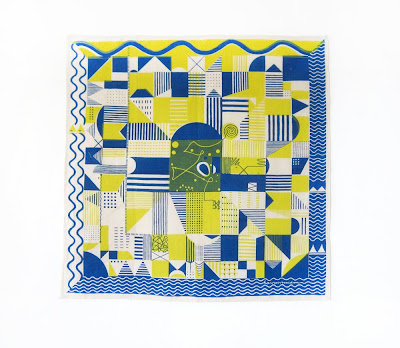 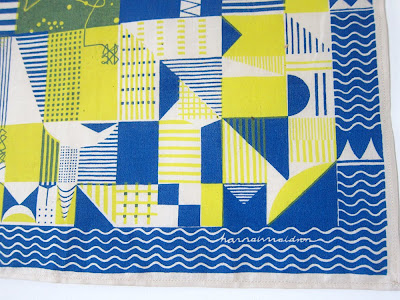 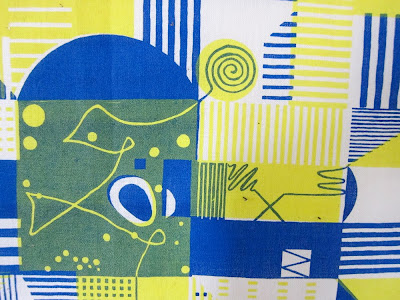 On my last day in New York back in May, my friend Sally and I went to the roof of the Metropolitan Museum of Art so I could take one last look over Manhattan. In looking out across the park and city I realised how over the course of my time there I had built up an internal map of the city , which from the clarity of the elevated vantage point, and the discussion of bearings with another mind I had realised was quite inaccurate.

Mapping is something we all do. Our minds are full of visual projections of our treaded past, every map evolving alongside our experiences. I was interested in freezing that moment of perception, to create a sort of map that reflected my view of the city at that point of experience. Before that trip, New York has existed to me only through songs, books and films, but never had that information gathered as a whole but remained only as disconnected fragments.

The idea of 'the whole', or 'the bigger picture' or say 'the past'- all collections I suppose, as opposed to many individual and separate parts I always find interesting.

This was addressed in a visual way at the Sonia Delauney exhibition I visited at The Cooper Hewitt Museum, in the theory of Simultaneity.

Talking of a collaboration between poet Cendrars and Sonia Delauney, the poet Apollinaire comments;

'Cendrars and Madame Delauney-Terk realised a unique experiment in Simultaneity, written in contrasts of colors in order to train the eye to read with one glance the whole of a poem, as an orchestra conductor reads with one glance the notes placed up and down the bar, as one sees with a single glance the plastic elements printed on a poster'.

These thoughts above swirled as the open call for submissions was announced for Poundshop 4.

On the roof, Sally, who has been living in Japan this past year (look at her beautiful work here too) showed me some examples of the Japanese method of wrapping called Furoshiki.

In previous poundshop pop up shops having made wrapping papers it occurred to me, a textile version would perhaps make a nice development.

It evokes to me the ancient traveller's bindle and brought me again to that gathering of collected experience that we take with us. 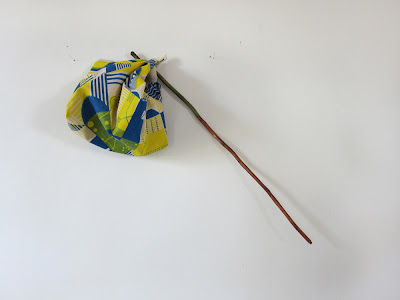 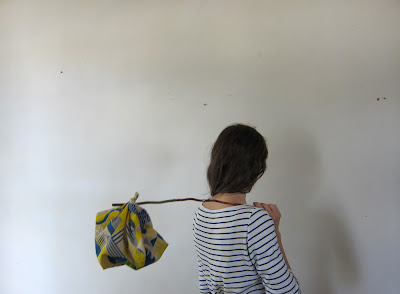 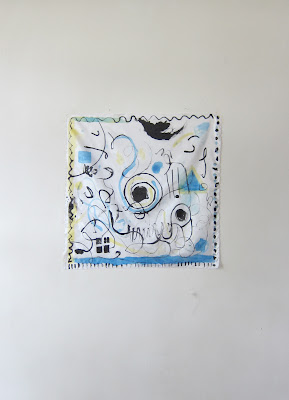 Initial sketch of idea on silk . 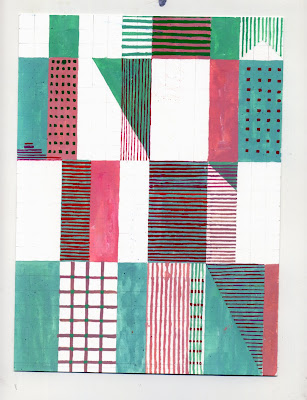 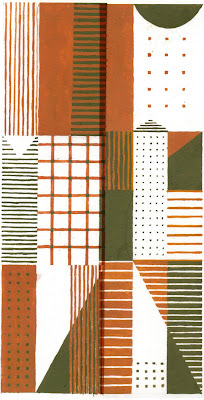 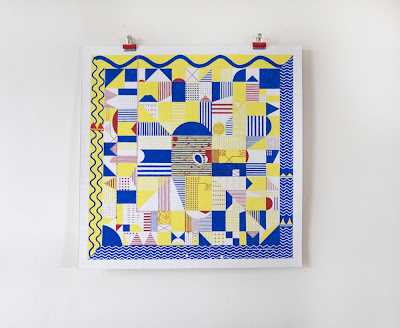 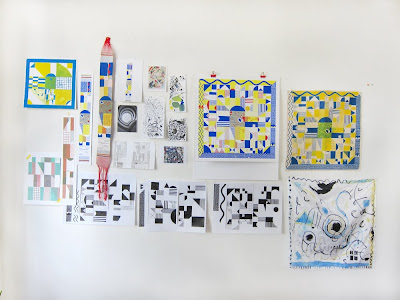 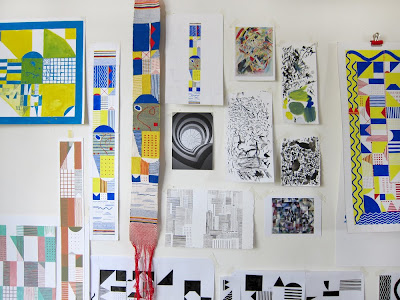 There are still a few days left at the Poundshop if you would like to buy one.CLICK HERE. They are only £5, screenprinted onto natural linen in yellow and blue. 45 x 45 cm. Can be used as reusable gift wrapping/ furoshiki, to transport, to protect items within your bag, or whatever you think of. I am using it to wrap books that usually get damaged in my bag. 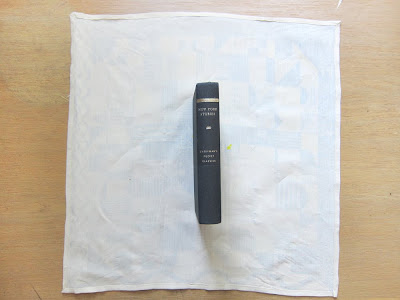 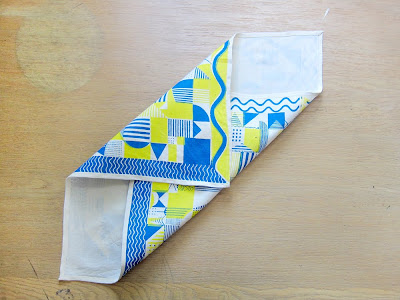 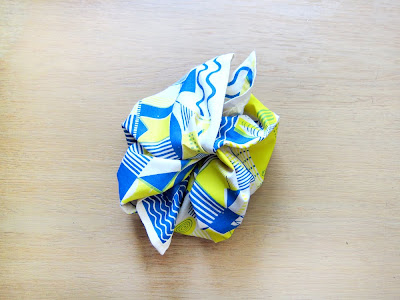 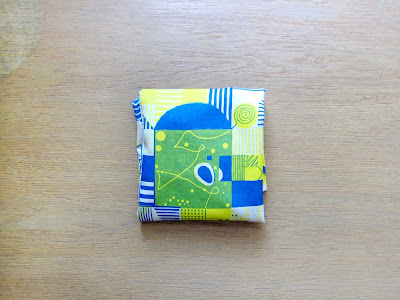 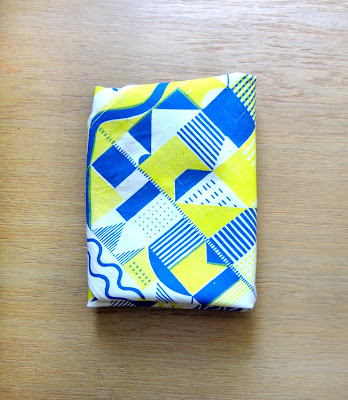 I fell in love with it!