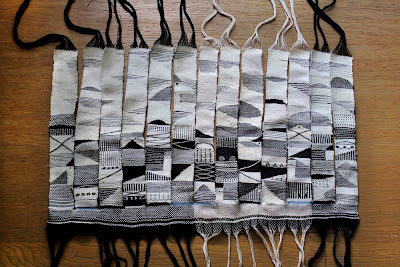 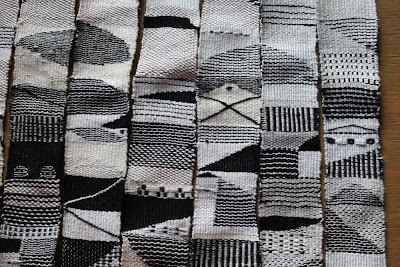 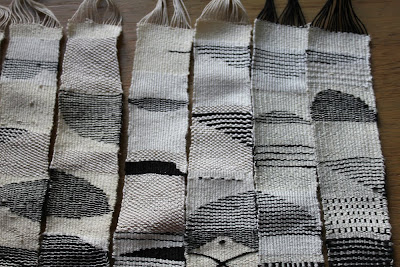 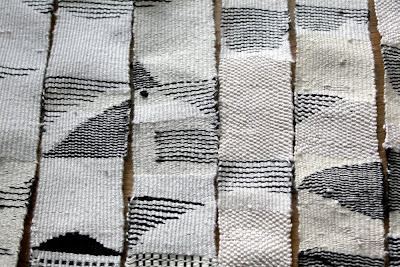 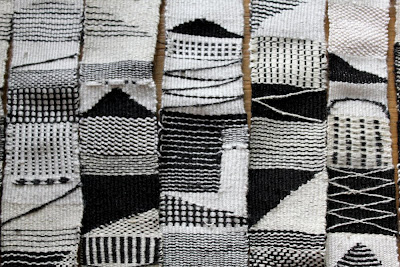 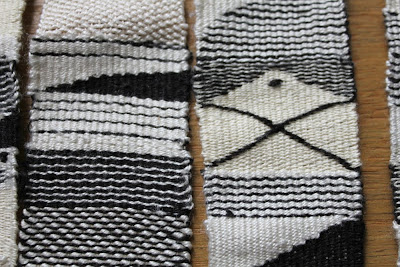 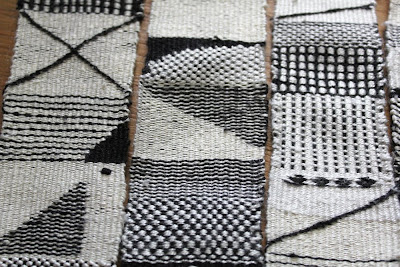 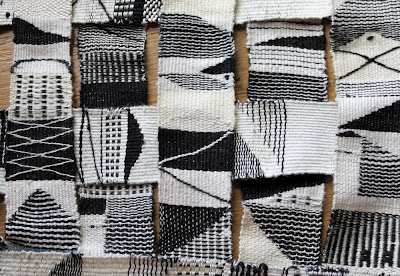 Lately I have been using my San Gimignano wallpaper design to investigate the pictorial possibilities available within weaving, in this case, using the tapestry technique which is a weft-faced technique, ie the warp is completely covered and acts as a frame for the horizontal wefts.

I decided to weave the designs in a strap/band formation as a lot of current inspiration is drawn from weaving in this method, firstly in the form of ancient peruvian bands and tapes and also secondly in some woven furniture I have been looking at. 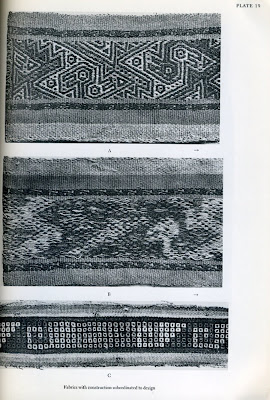 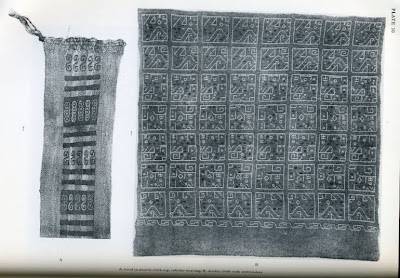 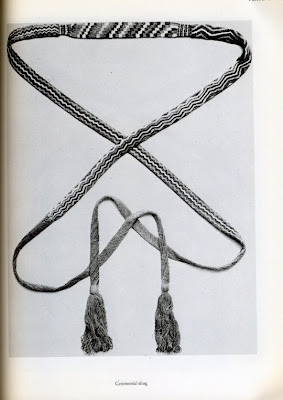 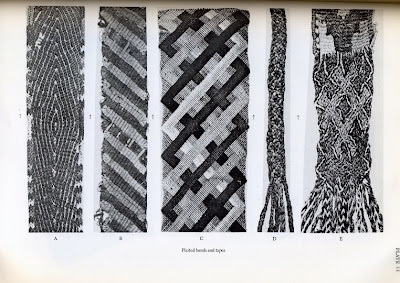 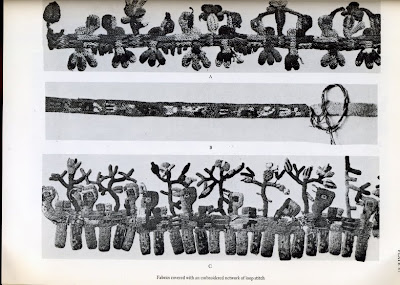 Scans from 'Textiles of Ancient Peru' by Raoul D'harcourt

In february I went to Gothenburg, and one afternoon we took a walk around the Design museum and spent a nice long time in the most comfortable and beautiful Bruno Mathsson chairs. Gunta Stozl wove a similar style of chair in collaboration with Marcel Breuer in 1921, and there are some wonderful woven Mary Heilmann chairs in the reading room of the Whitechapel you CAN SIT on. 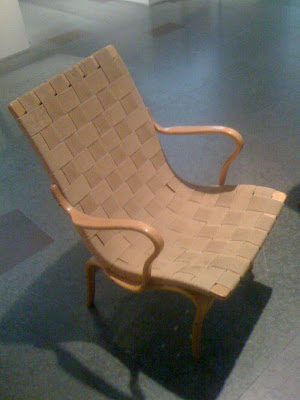 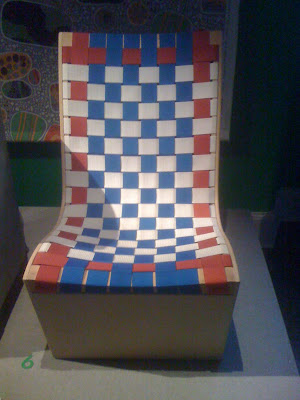 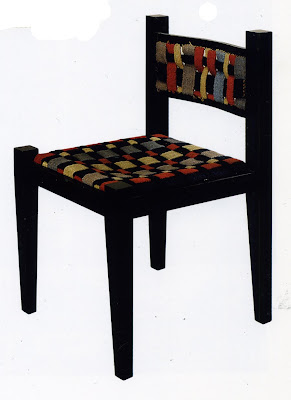 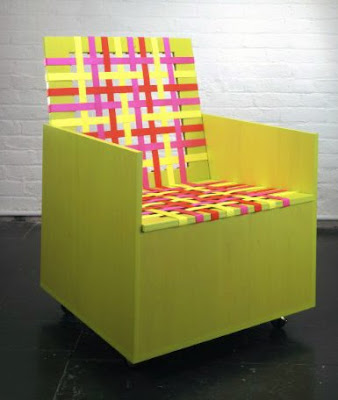 I wanted to create the bands as if there were vertical compositions in their own right, but also to correspond on the horizontal axis too, and also as a whole picture. Unfortunately the process of weaving in this way is a long, slow and fiddely process, and I wish I could have also created within this time, straps separated from one another to try interweaving in the way in the furniture as well as this attached hanging piece.There is a long way to go in investigating this process (as always), but I find it exciting to think of applying the weaving in this way- how you could create interaction between the layers of weaving interlacing each other, and how colour and contrast of pattern and plainness could be used within the structure.

Another aspect I was looking at was the surface texture, the variety between the silk and linen and the heavy silk- resulting in varying surface textures - although similar in colour, the effect of touch and reflection of light is quite contrasting and is something I want to continue looking into.

The various patterns and textures are created using float patterns, which involves using a pick up stick to drop and pick up certain warp ends, as well as the soumak technique I used in previous weaving.