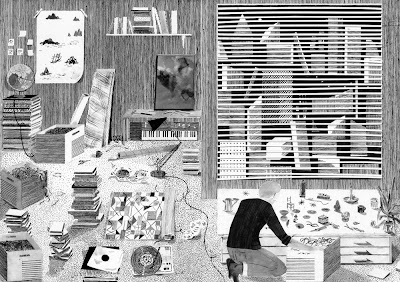 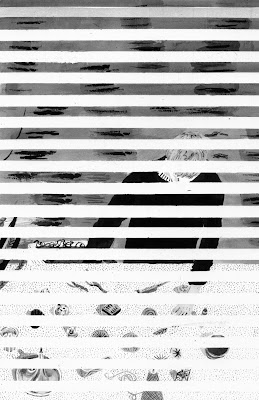 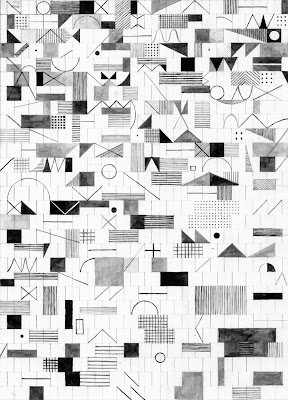 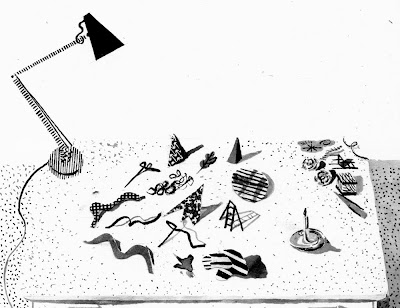 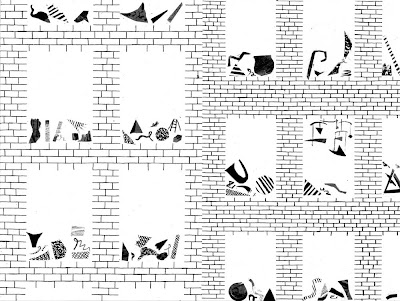 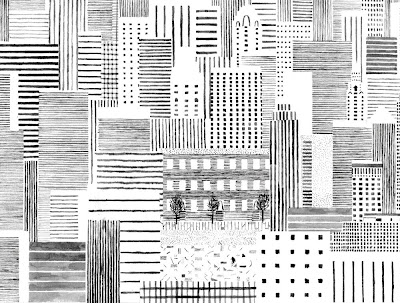 Around christmas time I was approached by independent publisher Little Otsu based in Portland, Oregon, to produce a book for their living things series they launched this winter. Initially the words 'Living Things' circulated in my mind without finding meaning, the stumbling block being a mental block of the two words seemingly opposing each other; in my mind 'things' exclusively equalling inanimate objects, without life or 'living'.
On an icy walk with one of my family we were discussing this, and ideas in general, and I spoke of one idea that had appeared in my mind of a man walking around the city isolated from everything apart from his task at hand; head down he wanders the city observing the ground, the pavement, taking in that which is normally ignored, he collects objects from these walks and gathers them at his home; enclosed in some way- pinned to boards, arranged in collections and categories.
I have been planning a trip to New York as I've never been and its long been a place I have thought of, and so have been talking to people about the city. Someone suggested I read The New York Trilogy by Paul Auster. It was surprising to read halfway through City of Glass of one of the characters Stillman traversing manhatten, secretly followed by the protagonist, Stillman looking only at the pavement and collecting objects; detritus and debris of citylife from his walks. How strange to read of something so parallel to my own consciousness. This correlation, my interest in this is only at the beginning it feels, but with time constraints, I produced a series of drawings exploring this minutiae of citylife, but there are many fragments of ideas, continuing from other constant fascinations seeping in. My dissertation at university on why we collect, and a V&A workshop I presented in 2009 about the objects we choose to surround ourselves with and how they reflect ourself and meanings and become another language in our lives. These drawings feel more like workings out, and processing of thoughts, rather than exercises in drawing, but was interesting and useful to work so quickly for a change.
In City of Glass, Stillman collects objects and names their forms. It makes me consider the origins of language and also visually of written language, how the object forms the words/marks that were chosen. Especially on recent wanderings round the British museum, seeing similar marks repeated across time and culture enforces a belief in the universality of human existence, something I also thought about when watching 'The cave of forgotten dreams' lately.
The original drawings from some of the spreads above, translated to colour for the publication.
Workbook, sketching out: 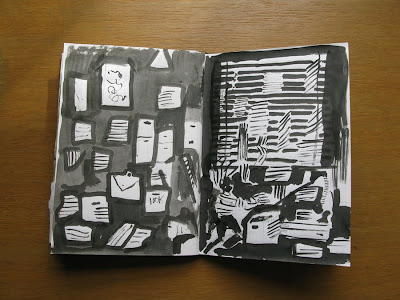 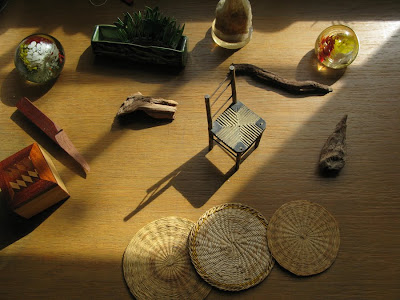 Some photos I took in Berlin last year of forms in isolation, perhaps when the idea began: 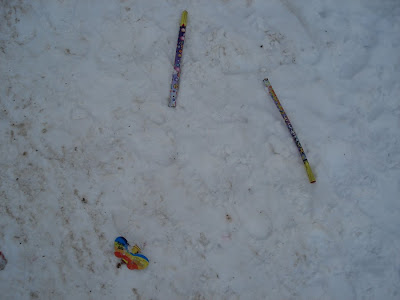 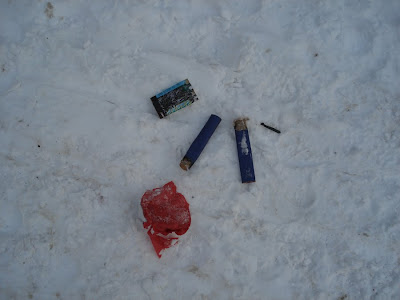 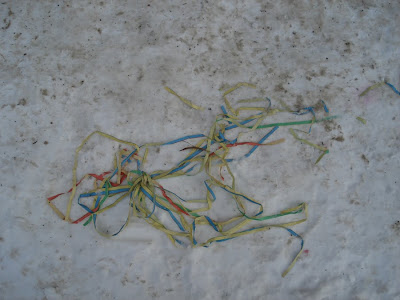 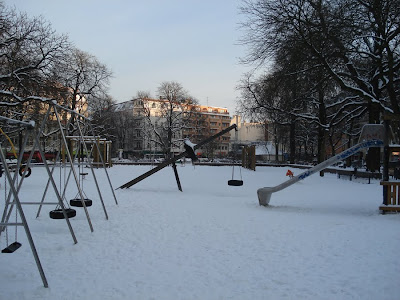 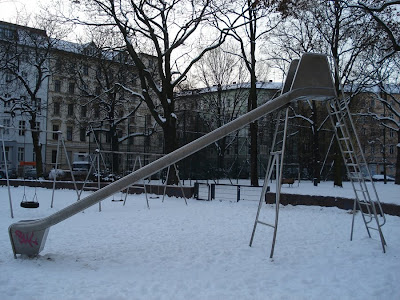 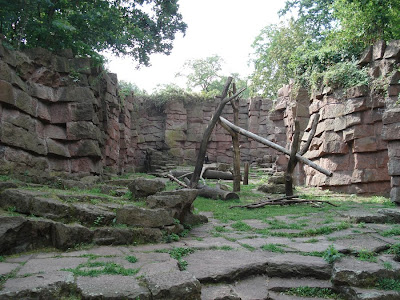 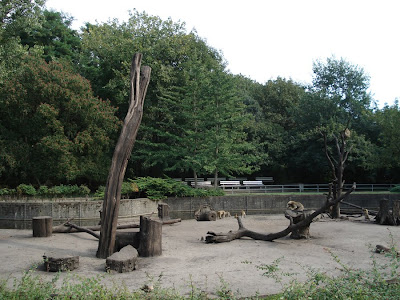 The book is now available to order through Little Otsu here. Thank you to Little Otsu for being so great to work with.
Posted by Hannah Waldron at 9.4.11

Love little collections and the way you've depicted them in these illustrations, especially that first one. And there's something so moving about a deserted zoo...assuming that's what those last pics are. Congrats on the book!

hannah! stunning as ever! I love the image of the guy through the blinds.... and in his apartment. love love love.

sutil,lovly.
have a good day franka

Admittedly, I haven't even looked at the illustrations. I just wanted to say that I like what is written, like, lots. You may think it simple, and maybe we are just in similar head spaces at the moment, but this really got me rolling over things in my mind. Which is great. And I love it when that happens, and I wanted to let you know.